How do I know if my friend is being abused?

Before you ever talk with a friend, make sure you know enough about the dynamics of domestic violence and the resources available to so that you won’t endanger them further. In the absence of meaningful intervention, abuse in a relationship only gets worse. The beatings will grow more frequent and they will inflict great harm. Although any excuse will do, there is no good reason to beat an intimate partner. The victim of such violence is never to blame AND nothing they can do, apart from leaving, will stop the beatings. Leaving doesn’t necessarily end the violence. However, the two years following a decision to leave an abusive partner are the most dangerous for a victim and their children. The majority of reports of domestic violence are made by those who have left the person who harms them. The majority of those who die in the context of domestic violence die leaving, not staying. 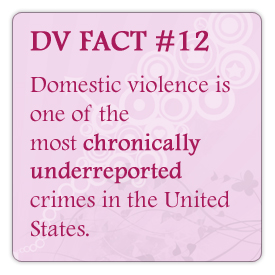