Lesbian, gay, bisexual, transgendered and queer (LGBTQ) youth experience dating and domestic violence at similar rates and in much the same way as heterosexual couples. However, LGBTQ youth can face unique obstacles in correctly identifying abuse and seeking help.

The Facts (According to the National Coalition of Anti-Violence Programs)

Myths about sexual orientation and gender roles can make it difficult for LGBTQ victims to identify abuse. One common misconception is that same-sex couples cannot be abusive because they are more “equal” than heterosexual couples. People also incorrectly assume that a man can always defend himself against another man, or that a woman is too weak or passive to abuse another woman. Other myths include LGBTQ youth believing that no one will help them because they are gay or that the law only protects people in “straight” relationships.

LGBTQ youth who are being abused in their relationship can face additional obstacles in accessing help. Concern over revealing their sexual identity to friends, family and service-providers can be one of the biggest obstacles, especially for young people. Identifying abuse can be even more complicated for LGBTQ youth given their age and developing ideas of what healthy relationships look like.

It takes great courage for all victims of abuse to speak out about what they are experiencing, but LGBTQ youth face the concern of being re-victimized by those that they turn to for help. Homophobic friends, family members and service-providers can leave victims of same-sex domestic violence feeling alone, isolated and unwanted. LGBTQ victims of abuse may also be unaware of options available for protection—including obtaining a domestic violence restraining order or protective order. Although laws vary from state to state, and some specifically make restraining orders only available to heterosexual couples, most states have gender-neutral laws that do not discriminate on the basis of sexual orientation. 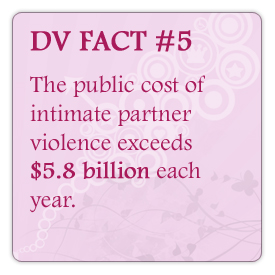